This 5-window crew caboose was built in 1927 in St Charles Missouri and originally owned by the Santa Fe Railroad. It was later purchased by Grand Trunk Western as part of a multiple caboose purchase in the early 1970s. The GTW number is 75025. The caboose was moved to the Historic Village in 1993 and restored to the era of the 1940s.

It is 40 feet in length, wood with outside steel bracing and a steel underframe.  Many box cars with wood ends were rebuilt later with steel ends, so this car is unique in that regard.

In the late 1960s the Federal Railway Administration outlawed wood cars and they were slowly removed from the fleet.

This is an American Car & Foundry Type 21 built in the 1920s. They were strong and durable and remained one of the most common tank car designs through the 1950s. Their numbers did not diminish significantly until the 1960s when they were replaced by a new generation of much larger cars with roller bearing trucks. The tank car was donated to the Historic Village by Pharmacia and Upjohn in 1998 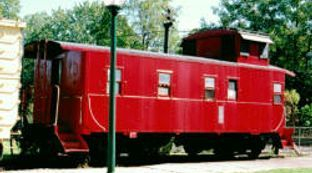 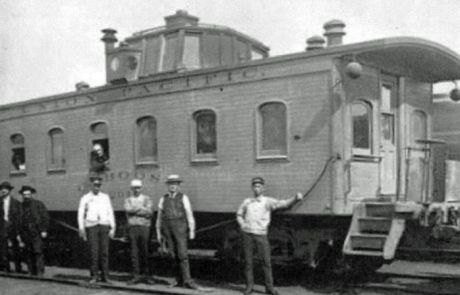 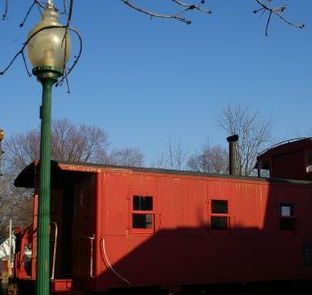 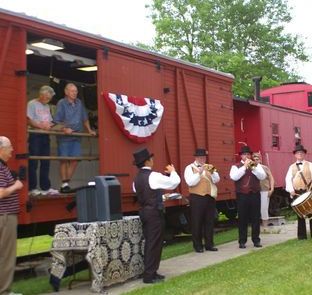