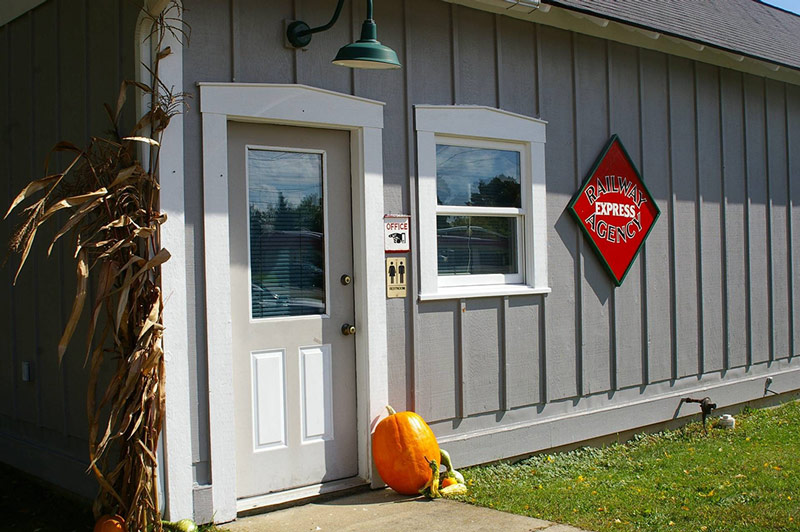 This reproduction of the railroad’s original freight shipping office was dedicated in 2000 to serve primarily as a storage building for those Historical Society artifacts not currently on display.

The Railway Express Agency was a national package delivery service organized by the Federal government in 1918.  REA arranged transport and delivery via existing railroad infrastructure, much as today’s UPS or DHL companies use roads and air transport.

It was created through the forced consolidation of existing services into a national near monopoly to ensure the rapid and safe movement of parcels, money, and goods during World War I.

REA had their own distinctive green rail cars and green local delivery trucks.

Vicksburg was a prime location for a Railway Express Agency thanks to it being located at the junction of two rail lines.

Business prospered until after World War II, then declined as the trucking industry grew. However, REA continued to operate in some location until the mid-1970s.

The original building was located northeast of the Depot.