Our Local Streets … What’s in a Name? 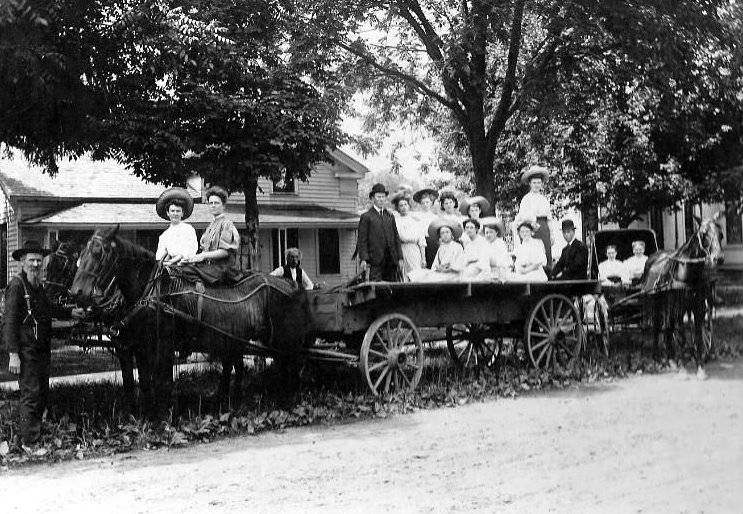 Ever wonder how some of our local village streets came by their names?

When the Village of Vicksburg was platted in the 1840’s, names naturally were assigned to the early streets within the plat, and those were: Water Street, Main Street, Pond Street, and Townline Road, running north and south; Prairie Street, Washington Street, Brady Street, Park Street and Section Line Road running east and west.

Some of these names are familiar to us today, and some are not, because street names, like everything else, are subject to change over time.

Now, these earliest roads were dirt, period—little more than paths, often with grass and weeds growing up in the middle. And, in say, 1850 that was plenty good enough. Travel was by horse and buggy, horse and wagon or by foot. Maybe someone occasionally would throw a few logs down in a wet spot to help a bit, but that was it.

How were these first Village Street names chosen?

Most of them were named in a pretty logical fashion. Water Street was the original name for present day South Michigan Avenue because its northern terminus was the mill pond occupied by John Vicker’s grist mill, and a very important landmark in the early village.

However, by 1900 the mill had burned down, and the residents of the street petitioned the Village to change the name to Michigan Avenue—because they regarded their street to be the best residential section in town … or maybe in all of Michigan?