The Sunset Acres farmhouse represents the typical architectural style found in our rural areas from the period of settlement in the 1830s until the ranch-style era of the 1950s.

Restoration revealed the original structure was much smaller, with additions made over the years as the original family grew and prospered.

The building was donated by William and Patricia Oswalt and had long served as a tenant house on their farm just east of Vicksburg. The date of its original construction is not known, but we assume the original section was constructed in the 1860s or before.

Rural houses like this one were often home to several generations living amid items passed down from one family to the next.

The farmhouse interior depicts the era of the early to mid-1930s after electricity arrived in the rural area thanks to the Rural Electrification Act signed into Federal law in 1936.

Though it is electrified, many modern conveniences are absent.  Rural homes depended on wood stoves, outhouses, and ice boxes far longer than their urban cousins as expenditures for livestock and farm equipment usually took precedence over creature comforts in the home.

The barn was donated by Robert and Margaret Rawlinson Merrill and once stood on the Merrill farm east of town. It dates from the 1880s. The structure was dismantled and re-constructed with some new materials on the present site by Amish workers.

Post and beam agriculture barns such as this one were once symbols of early American agriculture and the important role farms played in both our economic and social development.

The typical interior layout included a hay mow for loose or baled hay, stalls for work horses, and feed and grain storage areas. In most instances a basement level included stanchions for dairy cows and calf pens. 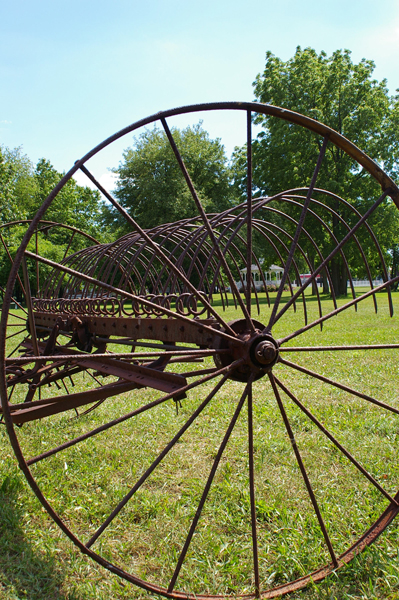 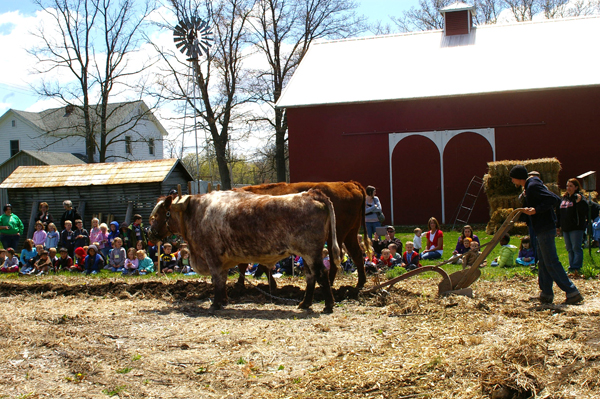 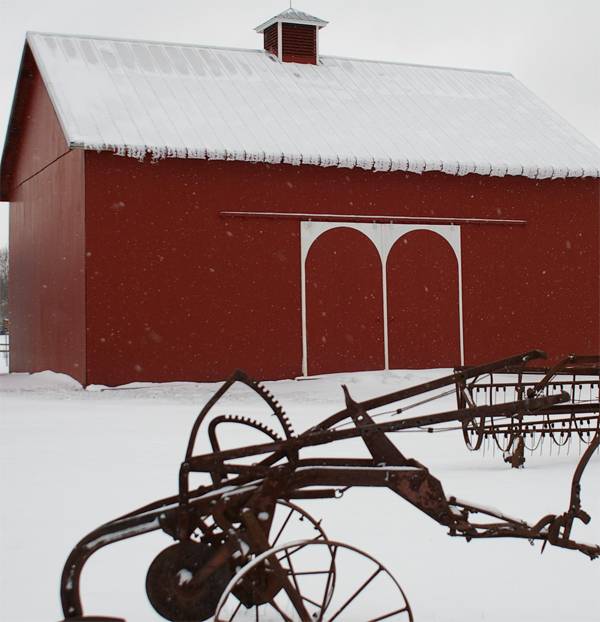