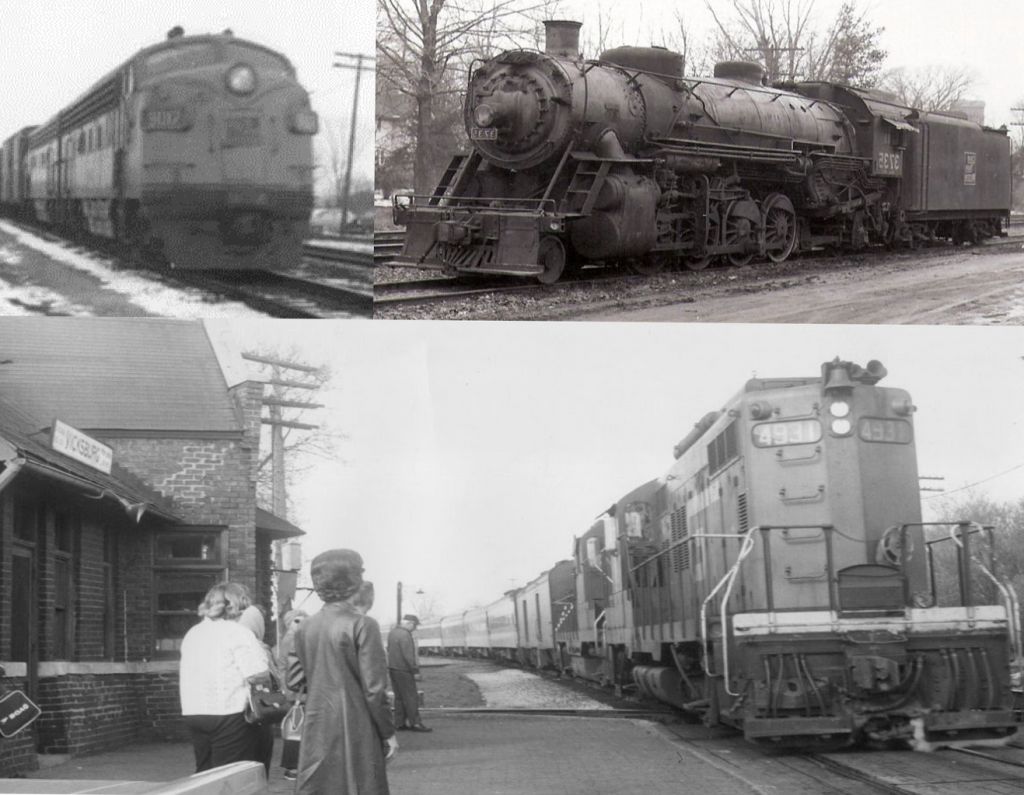 1847 – The Grand Rapids & Indiana Railway received a land grant to build a north-south line through Vicksburg.

1870 – The last rail was spiked between Kalamazoo and Vicksburg, as work from Fort Wayne, Indiana to Vicksburg was completed. A frame depot was erected, which later burned and was replaced by today’s structure.

1872 – The Peninsular Railroad, later to become the Grand Trunk, put through an east-west line, making Vicksburg a two-railroad town.

1920 – Grand Trunk operations were taken over by the Canadian National Railway System.

1968 – The last Pennsy passenger train stopped in town, and the Pennsylvania Railroad merged with the New York Central to become the Penn Central.

1976 – The Penn Central merged into a new railroad known as Conrail.

1979 – Conrail discontinues service on tracks from Portage to Sturgis.